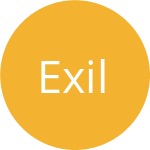 Take some action with the member named Nabby! Hackers come in and out and most of the time he ignores them. I have seen several times hackers on the server and several players sending messages warning in the chat and he does not take any action. I have a demo today in which a hacker entered the server using aimbot, everyone started to warn him but he just decided to do something after long minutes. Members so do not deserve to be in the clan (but that's just my opinion).

This topic has 2 replies

You must be a registered member and logged in to view the replies in this topic.