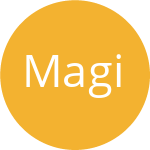 Dear members of the Board of Directors

I would like to keep it short in order to not waste my precious time, there is this guy named Player and either his friends or his followers, but hes the most notorious one of them, they play on GunGame nearly everyday. I try to too however I probably don't play as much as him, anyways the issue I am having with him is that he calls anybody topping the scoreboard a hacker, camper and all sorts of other names and generally engages in toxic and unpleasant behaviour that causes us the toppers to have a less enjoyable experience when he shows up.

I mean, considering the implications of witness testimonials in trails, I would not be surprised if you didn't take this seriously enough, but he is honestly becoming a very annoying fella whenever you get in a state of flow, you can ask other players as well.

I would like to petition for either him to be silenced on chat or banned from the server altogether, whichever suits the case more from your perspective.

This topic has 2 replies

You must be a registered member and logged in to view the replies in this topic.