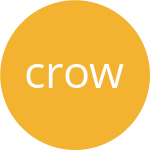 ". Everytime I play against Direly (Mr.Twix) he complains about how "I play like a bitch" since I crouch walk against him due to his use of headphones. I did not deserve a kick when all I did was defend myself after getting tired of his constant complaints. I even told him I'm not entertaining him any further and he continued typing then I was kicked. Sometimes he says "I'm not playing if you're going to play like that" and then he ragequits the game. He was salty so he kicked me. Good player but doesn't deserve to be staff until he gets his act together.